A Patient’s Recovery from Knee Replacement (Dancing was Painful)

Hello my name is Lisa. As an X10 Recovery Coach for the past five (5) years I have met many amazing individuals who have made one of the best decisions of their life, a knee replacement surgery. Getting a knee replacement is truly life changing Yes, I’m sitting here blessed with reliable, pain free, well working knees (for now), and you are probably wondering how I would know so much about the impact of going from bad knees to new knees.

As an X10 Recovery Coach, it is my responsibility to ensure that our patients get a strong start to their rehabilitation. This means we talk a lot. We, of course, discuss getting the most out of the X10 and why proper elevation and icing is critical. Despite the fatigue and grogginess that first week of recovery, an unexplainable celebration is already in motion. Patients share with me that they are out of the bone on bone pain; and next I get to learn about the past limitations and the future plans, hopes and dreams. It is so much fun sharing the beginning of this new chapter with so many amazing people!

Today I want to share my enthusiasm about a special patient who is very much back to living life again after her total knee replacement surgery.

I first met Deb just two (2) days post-surgery. Immediately I discovered that she lived a purposeful and exciting life. When I visited her I felt the warmth in her home as I stepped over and around the signs of young children in the house. I smiled and asked about the little ones. It was obvious that family was a large part of her life as she continued to point out the photos on the walls of all the grand-children ranging in ages, months to teens, and proudly shared their interests and accomplishments. Without a doubt this was a women and a special grandma that had a playful heart!  Not only did I learn that she loved to be involved and on-the-go with family, but she also shared with me a number of personal activities she missed. Things like volleyball, tennis, pickle ball, and dancing became very challenging and even impossible because of the excruciating pain that certain movement caused her.

Like many of our patients, Deb is a very smart and determined individual. She first sought after a surgeon that had a reputation for helping athletes (like her). Moving forward with Dr. Mark Kwartowitz put her decision to have a knee replacement more at ease. In her research she learned that recovery would inevitably be a challenge. Gaining range of motion is the most obvious struggle. Most people don’t understand that gaining strength is equally important. Where there is a will there is a way, and through continued exploration Deb found X10™.

What surgeons, therapists and clinicians say about the X10™. – Read More

One (1) day post-surgery, a fair amount of discomfort, limited range of motion; this was just the beginning of Deb’s post-surgery recovery. Deb’s knee could only move to 28 degrees extension, and 61 degrees flexion.

She was very motivated and found that getting on her X10 immediately helped to relieve the pressure-fluid build-up. On that second day of being home when I saw her, we were able to work together on the X10 and make some important gains. She was now able to bend to 15 degrees of extension and 75 degrees of flexion.

Deb told me that she was determined to work hard and was very eager to get back to doing the things she has been missing out on. On her seventh day following surgery she was already at 0 degrees extension and 90 degrees of flexion. It would only take another week and she had enough flexion to ride a bicycle.  When we met again almost four (4) weeks following surgery, she not only had perfect extension, but she now had a very healthy knee flexion of 125 degrees. She was feeling much stronger and had plans to go dancing!

Thank you Deb for caring about others and your willingness to share X10 with old friends and new ones!  Because of people like you, others are encouraged to move forward with their knee replacement, and make the best decisions about their recovery. We were thrilled to be a part of your recovery!

Lisa is a graduate of Ferris State University where she earned her bachelors degree in business. Her passion for health, wellness and educating began soon after college and she earned a certificate in personal fitness training with IFPA. Her career was mostly spent in sales, educating dental professionals. Lisa takes great pride in her role as an X10 Patient Recovery Coach.

The Evolution of Knee Rehab (with Candice Cawood)
November 11, 2020

Getting Back to Policing After TKA (Nick’s Recovery Story)
September 21, 2020 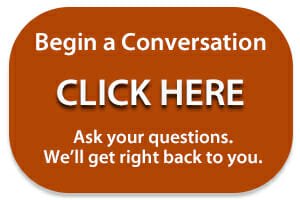